When I heard Ghost’s Meliora, I felt compelled to share some thoughts about it. That being said, this will not be a « review » in the sense we’ve all unfortunately grown accustomed, for I will not be scoring it. Nor will I be using insanely large words to serve my own writing and ego, nor will I be drawing parallels to the world at large to strengthen my points. This isn’t an essay on philosophy and life as told through music. I find a lot reviews are idiotic, pompous, self serving, and they rarely even talk about the fucking music! But I digress. Now that my thesis statement is complete, let me give you my take on Ghost‘s third record, Meliora. If you don’t know who Ghost is I suggest a quick google search to fill yourself in. Many have speculated on who “The Nameless Ghouls” are behind the masks, but is it really necessary that we know who they are? I believe the mystery shifts an aspect of the focus off of them and onto the music. Though if you close your eyes and pretend Dave Grohl is drumming, you definitely start to wonder…

Some consider Ghost‘s antics to be campy; I think it’s fun. Part of their gimmick is to anoint a new Papa Emeritus (the singer) every record, though behind the new garb he audibly stays the same man. With Meliora I wonder if they actually switched out all the musicians. If not (and how would we ever know?), then these musicians have shown exceptional restraint on previous records because this record rips. The guitar work is astounding; tight, syncopated, flashy, and yet restrained at all the right times. Some of the riffs evoke a feeling of 90’s Megadeth, but don’t fear the reaper! There is still loads of BÖC worship going on. The production is much more polished, seemingly aimed at a wider audience and potential radio play. The chorus’ are huge and the vocals very memorable. The auxiliary instruments – comprised of keyboards, organs and what seems to be theremin – help to create the spooky atmosphere we’ve come to expect from this band of nameless ghouls. What is missing is the bare and dry production of the first two records. This record sounds like the one I thought they would make on their « million dollar record deal », the Nick Raskulinecz produced second album, Infestissumam. Not that the first two records were lacking in production; however, they were definitely aiming for a certain aesthetic reminiscent of some older classic rock records. That said, Meliora lavish production is also served by the choices made in post-production. It flows wonderfully. No song overstays its welcome; in fact, I was shocked at how quickly the record was over. It clocks in at just about fourty-one minutes, but it goes by quickly and left me wanting more. I credit this to the stellar sequencing, something very overlooked by many bands. It sounds like a cliche observation, but on this record Ghost are simultaneously at their most heavy yet most accessible, and there’s a ballad!

Over the course of just three records it seems that Ghost have secured a position in the metal world usually reserved for bands that have been around for twenty years. Meliora will satisfy those whom are already fans, but should also hook the people that took issue with their previous efforts. Well done Ghouls! No score from me, no key tracks recommended. Listen and make up your own mind. See, that wasn’t so bad was it?

Edited by the wonderful and generous Erik Highter, which means he took out all my dumb shit I wrote. Thanks buddy, I owe you one. 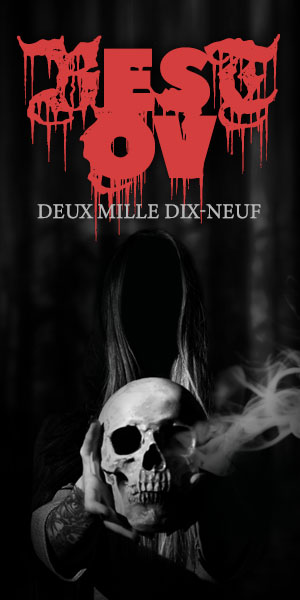